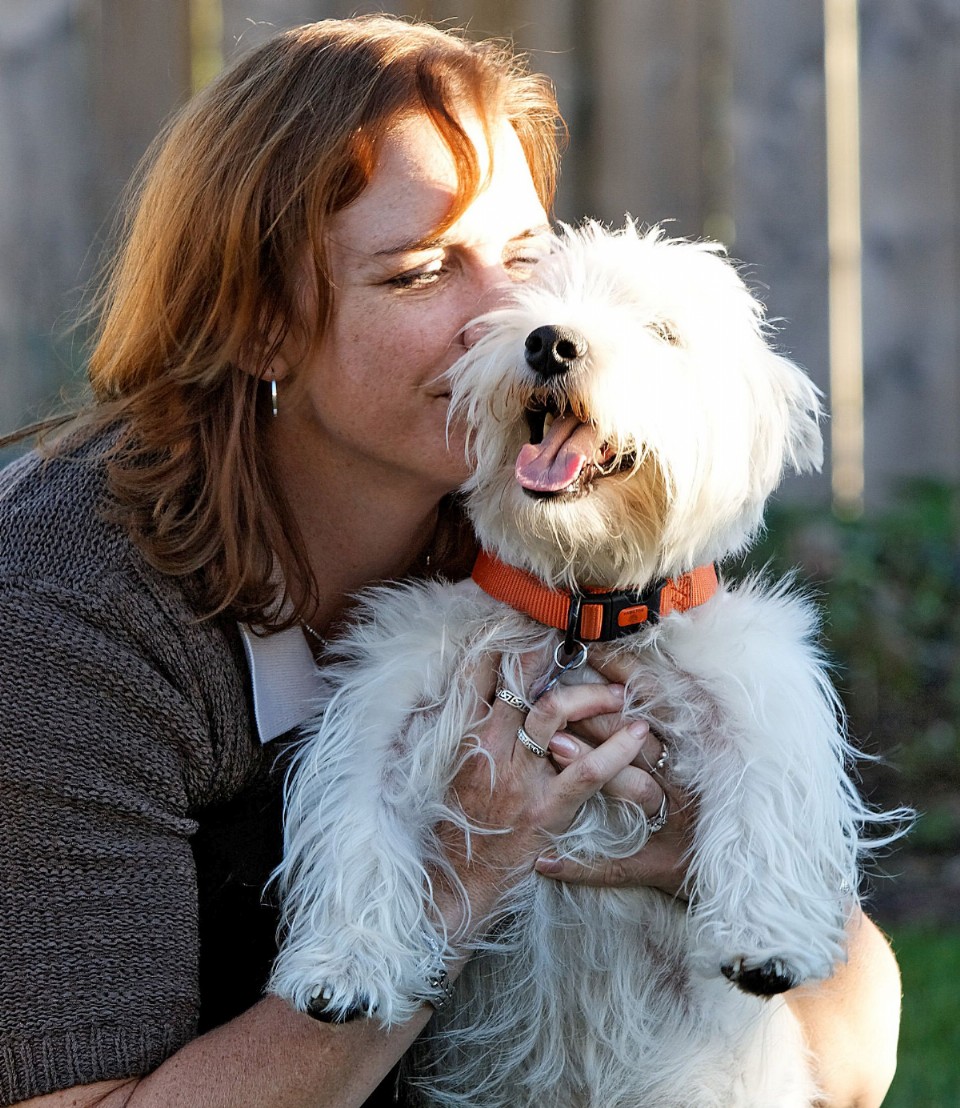 Simon was born (we believe) Feb 9, 2006. My wife grew up with Cairn terriers and in her adult life, she longed for another terrier.

In August 2008, we drove to Branford ON to pick up our little Westie puppy, Katie!  What a wonderful girl she is!  At two years old, we decided she needed Westie friend and we found Westies in Need. We saw a picture of Simon and thought he looked like a nice boy!

He was an owner surrender and being fostered in Belle River ON which is 30km from Windsor where we lived.  We visited his foster home and soon as we saw Simon, we knew his forever home was with us!  So, Simon came into our lives and he was such a wonderful boy!

He immediately fit right in with Katie. Our two Siamese cats where not so sure and in time, it was a harmonious home. We loved having two Westies and Simon became my wife’s special boy. He needed a mommy and found true love and devotion in Jennifer.

We walked our rugged little Scottish dogs every day and had lots of adventures!  No weather bothered Simon – snow and rain just added to the fun as far as he was concerned!  Simon developed diabetes at age 10 and we had some challenges, but he was such a tuff little Scotsman, nothing slowed him down! In the past month or two, there were subtle changes in his behavior and each of us had silent thoughts that he might be winding down however he ate his dinner and loved his walks just the same as the day before!

On his last walk he started to vigorously pant even though it was -6C out. We took him home and watched him – however the panting continued, and we knew this was not good. An X-ray at the vet confirmed multiple serious issues which included two possible tumors on his stomach.

The hardest decision was now upon us.  We told him he was the most wonderful boy and how he made our lives happy all the years he was with us – we said we loved him and them told him it was time to cross the rainbow bridge.

Katie misses you dearly – she is such a smart and perceptive Westie that she immediately knew Simon was gone as soon as we returned from the vet without him. To anyone that thinks animals don’t grieve, I have a very sad Westie girl who begs to differ.

Thank you to Westies in Need for all the happiness you bring to both Westie and human. There can be no more a pure calling then to rescue animals in need!